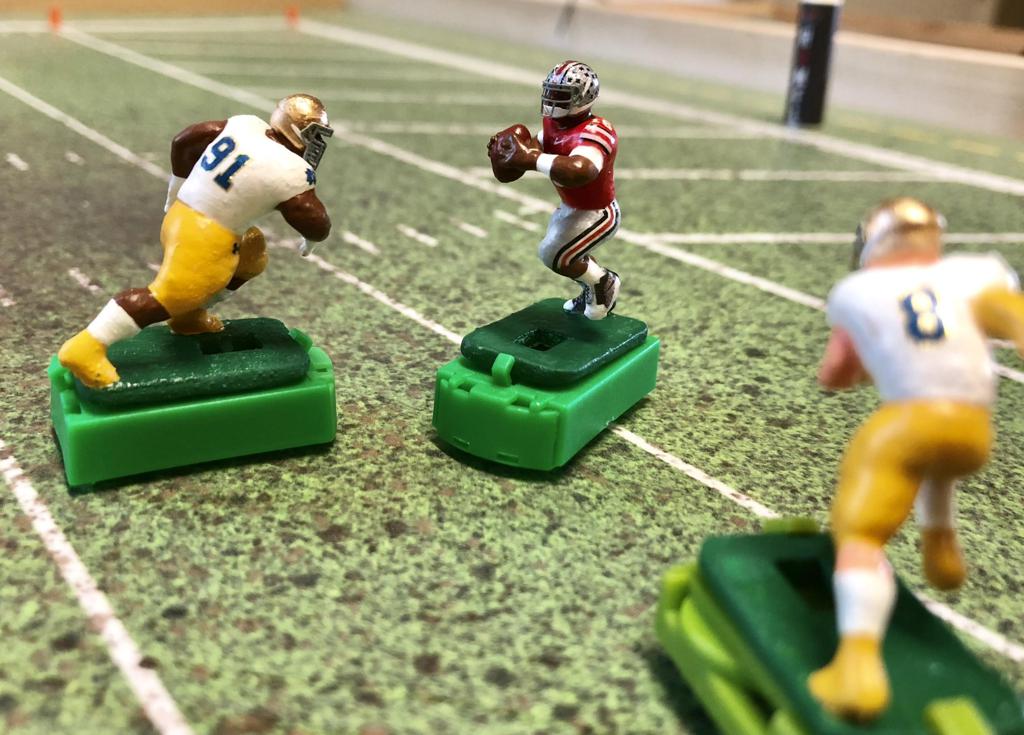 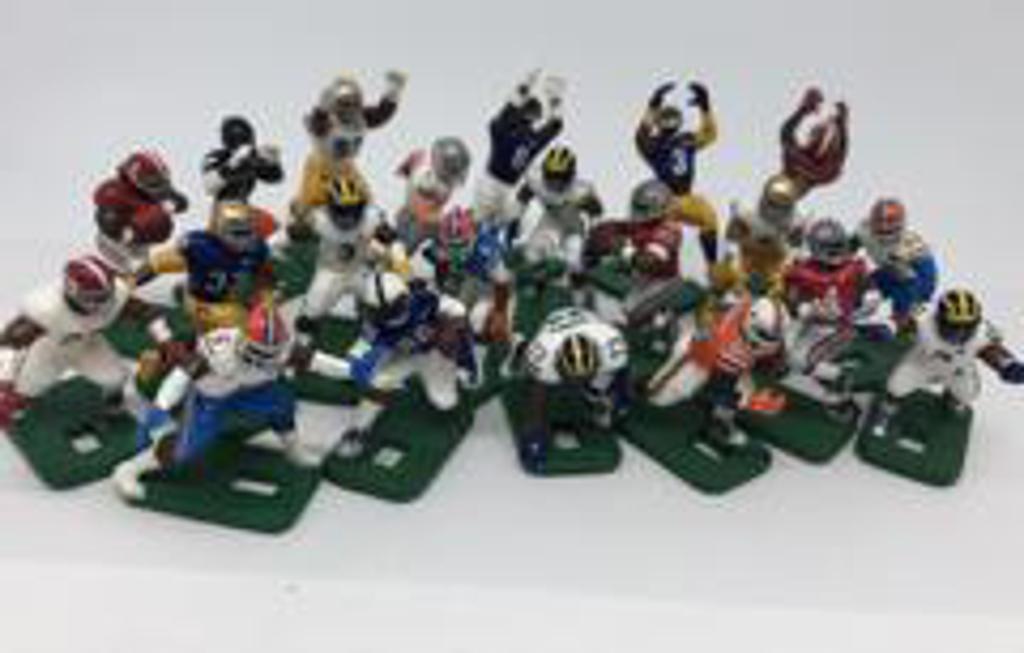 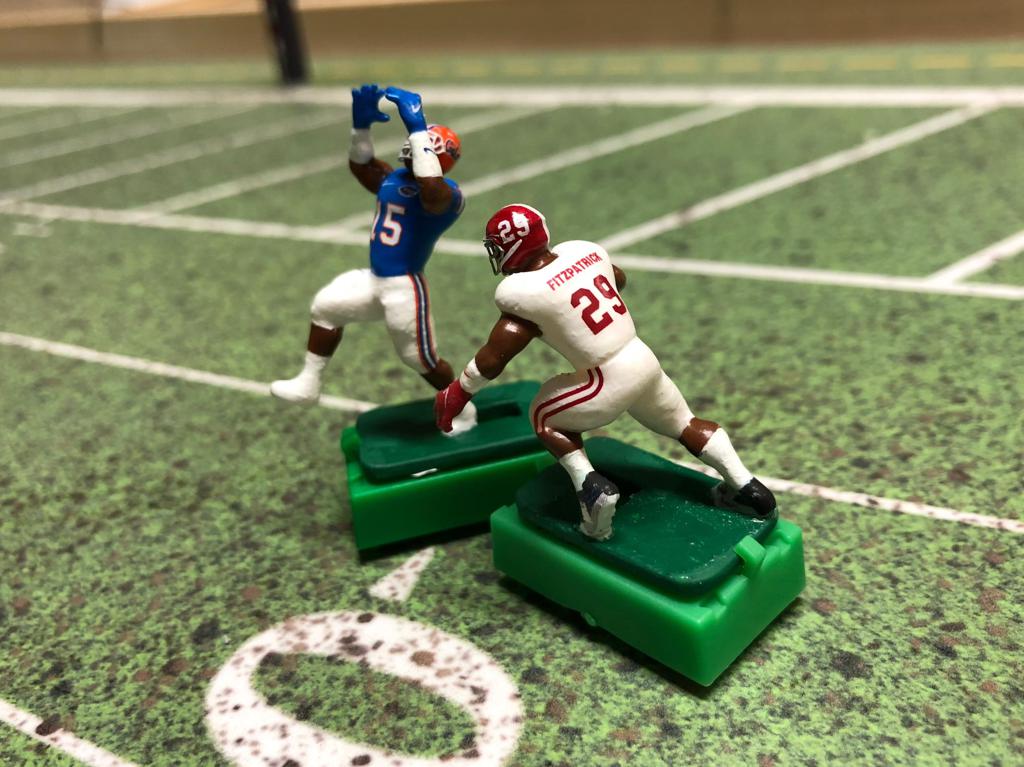 The Miniature Football Bowl Championship Series is presented as a Nation wide league for miniature football coaches to compete leading FBS or FCS Division I college football teams in individual Power 5 Conference leagues, culminating in a National Playoff that will result in a singular National Champion.   Miniature Football coaches from around the USA have launched  the inaugural season, and games have been played and filmed over the last several weeks.  Due to the Pandemic, game play has been understandably delayed, but still present.   Stay posted for exciting miniature fooball action!

55 Coaches are competing for the MFBCS Championship and individual Conference Championships, while vying for a spot at the end of season Bowl Games as well!

Due to the Coronavirus pandemic, we have decided to delay the final day to complete games until 8/2/20.  Initially, we planned for each team to complete between 9-11 games during the season.  Therefore, the minimum number of games completed in order to potentially qualify for the National Playoffs was 9 games.

Due to the strain of the pandemic, we have lowered the requirement to 7 games completed.

Additionally; and coach who feels they cannot complete 7 games or in fact need to forego completing MF games played in close contact for personal reasons may "opt out" of this season without penalty, or ban.  They will retain their individual teams for competition in 2021.

DUE TO THE CORONAVIRUS PANDEMIC; the National Playoffs have been tentatively rescheduled.  The MFBCS Championship Playoff Weekend is now set for 8/28/20 through 8/30/20 in the DFW area in Westlake, Texas, at the Marriott Solana Westlake.   A block of rooms have been reserved, and a banquet is planned for Friday night as well as dinner on Saturday night.  A link to the hotel is provided beneath this block of information.

32 Teams will qualify for the single elimination playoff, with the 4 top qualifiers facing off to determine the National CFP Champion.  A tournament is planned for Friday morning and afternoon as a separate event, the National Miniature Football Invitational Tournament (NMFIT) for coaches who do not qualify for the MFBCS Playoff.  The winner of this tournament will then "play in" for the last 32nd spot in the MFBCS Playoff.

The tentative schedule will include:

Friday 8/28/20:  NMFIT Tournament to begin at 9:00 am; schedule dependent upon number of competing teams

All playoff games will be played on EM boards constructed by Roger Fisher, achieving much needed standardized fields of play for the entire playoffs.  Each field will be custom designed to represent all 17 Bowl Game and Championship Game venues.  All games during the 32 team playoff will be refereed by the qualifying coaches.

Gridiron Buzz Network will be on hand to broadcast live multiple games and announce the progression of the playoff teams!

MFBCS AWARDS AND TROPHIES FOR 2020

At the conclusion of scheduled Conference game play, an Awards Committee which has been formed from distinguished individuals with a passion for miniature football will convene to select awardees for all Individual awards to include the Heisman Trophy.  Each coach in the MFBCS will be allocated a ballot to vote for the  awards and trophies, to be factored into the final voting for major awards.  Additionally, the MFBCS coaches will be polled to select All-Conference players from their respective conferences, as well as All-American awardees and the Coach of the Year.  All  dues paying coaches have an equal vote.  Awards and Trophies will be announced and distributed at the National MFBCS Playoff weekend!

Heisman Trophy:      Player of the Year

The actual final date to register and pay dues for the 2020 season  was 2/8/20.   Should a coach be interested in reserving a team for the upcoming 2021 MFBCS season, he may secure that unselected team by contacting the MFBCS Commisioner and pre-pay dues for the 2021 Season to lock down their chosen team.  At this time we are planning to protect the integrity of existing conferences due to interest from groups of coaches in founding these conferences.   Examples include the MAC, AAC, MWC and Ivy League conferences.

50$ to friends/family.  Dues submitted to reserve a team for the 2021 season are non-refundable.

The MFBCS at this time is underway with 55 teams.

Premium figures to create Premium Teams, competing in Premium Leagues and Tournaments across the country!

Proud sponsor of the MFBCS.